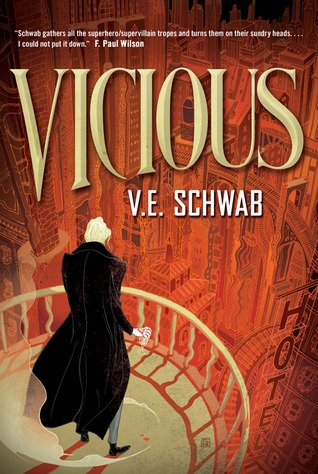 Vicious has gotten a lot of praise, but I was a little nervous about reading a anti-hero story, because that’s not my usual thing. This story is darker than what I normally read as well. The chapters alternating between the past and the present put together the story in such a way that helped you see what made Eli the way he was, even if he made some wrong choices. It was compelling, but not for everyone as it was dark and violent. I’m also not sure if I feel the need to continue reading on. The story does end a little openly, but I was satisfied with it. 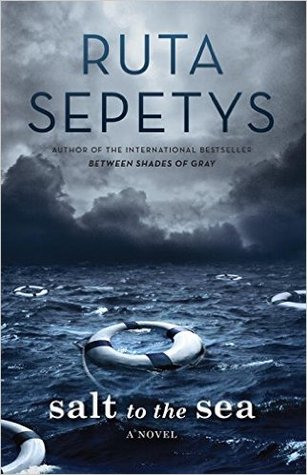 Easily my favorite book this year so far, Salt to the Sea was beautiful and heartbreaking, much like Between Shades of Gray and yet different. The story follows four POV’s, all who meet up by the time they reach the Wilhelm Gustloff, where a maritime disaster worse than the Titanic yet lesser-known strikes. The story was a little confusing at first because we are thrown into the middle of these people’s lives, but you catch up and become wrapped-up the stories.

Rating: 4.75 stars? I’m still waffling between 4.5 and 5//Content advisory: All sexual content/language/violence is mild, though some themes might be a little mature for some younger readers.

After enjoying Loop and feeling the need for more answers, I quickly turned to the follow-up, Twist. However, I ended up disappointed. The plotting felt more convoluted and confusing, and instead of things making more sense at the very end, we get *spoilers in white* a reset button that felt like Fringe all over again, except worse. I didn’t dislike it enough to give it a real low rating, but I would say if you’ve read Loop but not Twist, keep it that way. 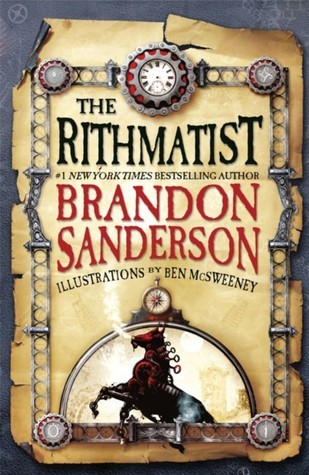 The Rithamitist is hard to explain. It’s alternative history, it’s fantasy, it’s a dash of steampunk. While different than Scott Westerfeld’s Leviathan trilogy, it would appeal to fans of it, I believe. At first I was a little confused by this world of chalk drawings and soldiers that use them, but ultimately I just fell in love with the characters, as I usually do with Sanderson’s books. Joel feels like a precursor to The Reckoners’ David, but I liked him more, and dramatic Melody is so much fun to read. At the end, I was ready for more and it is simply a tragedy, as Melody would say, that I have to wait so long for the sequel! 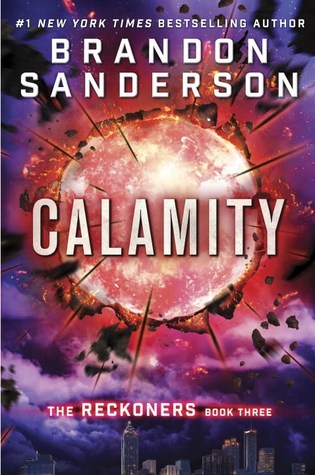 It saddens me to say that Calamity is my least favorite of the trilogy AND my least favorite Sanderson book. The first half or so DRAGGED for me. It probably didn’t help that I had awful book amnesia concerning the second book, so I can’t blame that particular confusion on Sanderson, but I expected him to be able to draw me back into the world and characters and care again, but I just couldn’t get into it for the longest time, and even when I did I wasn’t all in. We are given obvious foreshadowing for what is to come, but it ended up being kind of confusing and not feeling like true closure. I thought maybe I missed something but other reviews on Goodreads have echoed sentiments of the weird plot holes. Maybe I shouldn’t have read this one right after The Rithmatist, but this book just failed to have the usual Sanderson magic. The only thing keeping it together is my moderate interest in David and the series as a whole.

Have you read any of these books? What are your thoughts?

6 thoughts on “One Paragraph Book Reviews”