Very surprisingly, I have only seen 10 new releases from 2013, 9 in theater and only one outside the theater (usually, I would have rented all the summer movies I missed by now!). This isn’t due to a lack of interest so much as a lack of time, and then  forgetting to hit up Redbox for rentals (because I’m lame and don’t have Netflix yet. One day I’ll cave). Because of this, I have yet to see several movies I was anticipating this year or later became interested in, including, most notably, The Book Thief and the second installment of The Hobbit. So all this being said, this is based solely on what I have actually seen so far, and I certainly intend to see more.

Out of the nine 2013 movies I watched, I gave 1 at 4.5 star rating,  6 of them 4 star ratings, and two 3 star ratings. The one I did not review I would say is a 3 star movie, which I do elaborate on later. Also, I have included what number the movie ranked on my most anticipated movies of 2013 list I created last March. Titles link to my reviews. On with the rankings!

I was so excited for this movie so much that I made a  list of my Top 10 Anticipations for the movie. And I looooooved this movie! It was a definite improvement over the first installment of The Hunger Games movie franchise, and I cannot wait to see it again!

Ranked #2 among my most anticipated movies of 2013 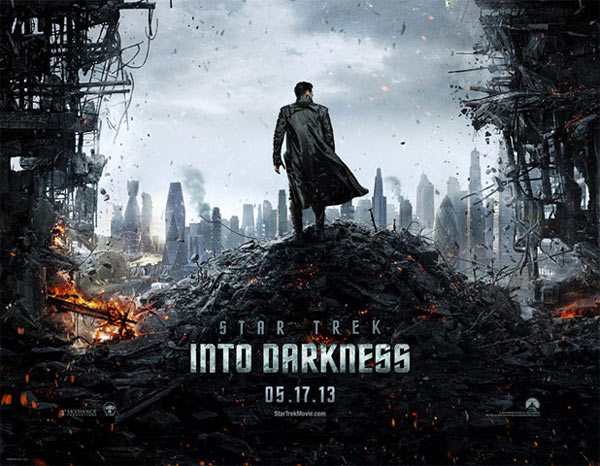 There are a few things in this movie that bother me more in hindsight than they did while I was watching it, but… I still love the movie overall. So many feels. Many tears shed. And there were truly a lot of great moments. Not to mention what JJ has done to bring in new fans into the franchise. Have I mentioned you should seriously watch some older Star Trek? Because you really ought to.

Ranked #3 among my most anticipated movies of 2013

I know a lot of people did not love the third Iron Man movie, but something about it resonated with me. Tony was more real to me, the twist of the villain truly surprised me, and oh yeah, he goes to Tennessee (where I live! Except the TN parts were actually filmed in North Carolina. Boo hiss. But anyway…)! Look, it’s an Avengers movie, not Oscar material. Enjoy it for what it is.

Ranked #4 among my most anticipated movies of 2013

I was anxious about a prequel to my favorite Pixar movie, afraid that it would get the dreaded Disney sequel treatment, but I found that this story was great in its own right, as well as providing us additional insight to the characters we already knew! Again, it’s fairly light, but has a message that I think is actually very relevant for kids and adults alike, that you can’t necessarily do anything you want, but if you work hard, you’ll find your place!

Ranked #7 among my most anticipated movies of 2013

Thor’s second movie proved to be another fun and interesting exploration into the Marvel universe as well as Thor’s. And though I’ve never considered myself a Loki fan, he completely stole the show in this movie.

Ranked #6 among my most anticipated movies of 2013

I really enjoyed this adaptation quite a bit, but it was just too short and everything felt too fast. It left me wanting more, but thankfully, everything it did show looked really good and felt true to the book.

This was a movie that I really enjoyed when I watched it, but I have forgotten about a lot since my viewing of it. I loved all the flashback stuff about Clark Kent growing up. I hated the all the freaking property damage that was caused by Superman and Zod’s battle over who is more indestructible. This movie was considerably better than the 2006 Superman Returns, but Superman still doesn’t have the same impact on me as Batman does.

Ranked #8 among my most anticipated movies of 2013

If I was ranking these movies more objectively and less subjectively, this would be lower on the list. But I had fairly low expectations for this movie and they slightly exceeded them, mostly in the stinger scene but oh well. It was pretty fun. Some of it lacked logic and it bothered me that the evil villain lady looked like a Poison Ivy wanna-be but… whatever. It wasn’t as good as X-Men: First Class, but probably better than the other X-Men movies. 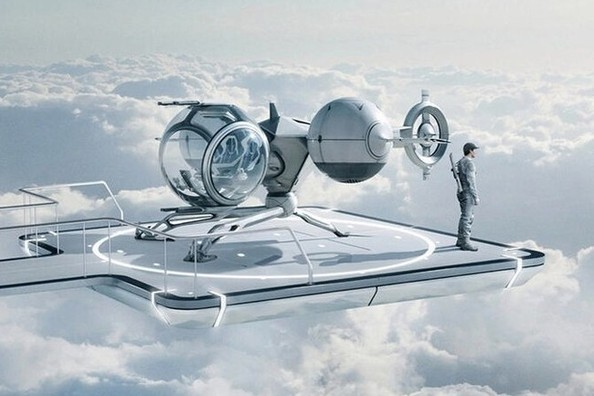 This movie was undoubtedly my biggest disappointment for movies in 2013. The trailer led me to believe that this was the most awesome, epic sci-fi dystopia story EVER and it just fell way short of what I expected. Overall though, it was still a pretty decent movie, which is why I rated it 3 stars, but I had so many problems with it. Why weren’t you EPIC, Oblivion?!

Ranked #1 among my most anticipated movies of 2013 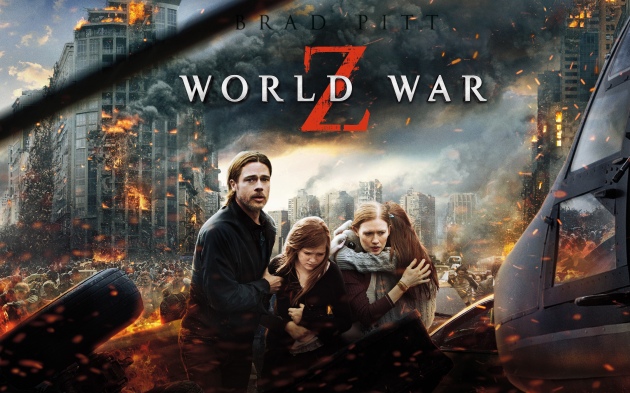 I never would have seen this movie if it had been left entirely up to me, but I was with a group and decided to keep an open mind. Despite the fact that it’s on the bottom of my list, I didn’t hate this movie at all. In fact, since I had low expectations for it, I almost enjoyed it. I say almost because 1.) This isn’t exactly a fun movie and the subject matter is pretty dark and 2.) I don’t have a desire to re-watch it. The funny thing is though, I am almost interested in reading the book, because from my understanding it delves more into the parts of the movie that were lightly skimmed over that I think would be fascinating to explore (i.e. more about the nature of world politics that happens rather and less of Greasy Haired Brad Pitt running away from zombies). Needless to say, putting this movie at the bottom of the list is not at all meant as a diss for a movie I had zero interest in seeing, and though I never reviewed it, I would give this movie a rating of 3 stars. I liked it alright.

Not ranked among my most anticipated movies of 2013

What were your favorite movies of 2013?